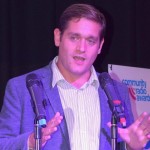 Entries are about to open for the sixth national Community Radio Awards.

The awards, which are sponsored by PlayoutONE for the second year running, celebrate stations up and
down the country at the heart of their communities.

Volunteers and stations are urged to start collating and preparing their output for submission now, ahead of
entries opening next month. There are also categories that reward and recognise the off air heroes keeping
stations going, especially during this difficult year.

Martin Steers, awards chair, said: “The Awards launch comes around quicker and quicker every year – this is
the sixth time we have organised the event, and the standard and diversity is stronger than ever.”
“We’re hoping and planning for a face-to-face event later in the year. Although the virtual event was well
received, we know that stations up and down the country are excited to meet each other and celebrate
successes, after a tough, and busy, year.”

A new category has been launched to recognise the community support stations have given throughout the
past year in the Covid-19 response, and as a mark of respect and reward, this category is free to enter.

Submissions are open from June 1 st , and close at 5pm on July 30, 2021.  You can head to the submission site
and follow the instructions to submit your entries either as a station or as an individual from a station.

The submissions are £5 per entry, which aims to be accessible for Community Radio, for those stations that
want to fund the awards for their volunteers or for those volunteers who are happy and able to pay
themselves.

Entries are open to stations or presenters at stations of Ofcom-licenced stations currently on air (with the
exception of the Digital/RSL, and Podcast categories).

Station of the Year and Digital or RSL Station Of The Year are both free to enter categories.

The awards have been designed so that stations and individuals from stations can submit as many entries
into any of the categories as they like. There is no limit as to how many submissions they can make, and
stations can administer it how they wish.

Martin added: “Some stations may send out the information to their presenters and volunteers or some may
decide to centrally organise and submit entries in one go. We want everyone who is involved in community
radio to feel in a position to enter, and we hope that there is a category for everyone with our awards.”

Entries will be checked and sorted in August when the judging process starts. A shortlist of 5 for each
category will then be produced and published prior to the ceremony, based on our independent judging
process.

Their judging panel is made up of nearly 100 volunteers from charities, community radio, commercial radio
and BBC radio, who give their time to help recognise and reward our sector. No community radio judge
scores an entry they have been involved in, and several judges will listen to each entry.

Nominations also remain open until May 31 for the newly launched ‘honours’ programme, recognising those
who have made a significant impact to the community radio sector as a whole. Unlike the main awards, this
is not self-nominating, and is based on citations and references.

Fre information and to enter head to communityradioawards.org.uk/awardcategories

Beyond Radio receives The Queen’s Award for Voluntary Service